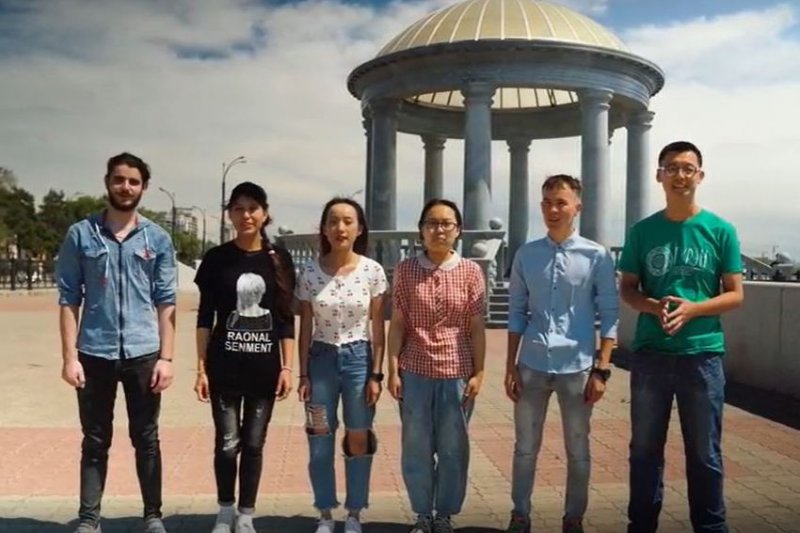 On June the 22nd students, who are studying abroad in the AmSU, are also take part in the “Day of Remembrance and sorrow”. Multi-nationalized Students have paid respect to the soldiers and workers of WW2 by making a special video; they have filmed a video-clip where they are singing the “Katyusha” song.

"Katyusha" was one of these songs, which Russian soldiers liked to sing when they were in the trenches or on the roads before battles. It appeared at the end of the 30’s, but then became popular in WW2 times. That song was popular even in Europe.

You may check the video by clicking the link.