Presentation of the collective monograph "Legends of Old Harbin" 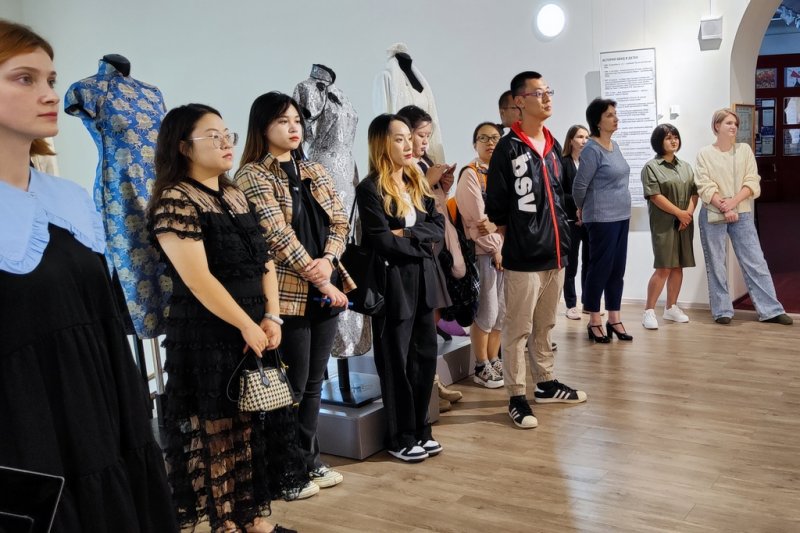 A team of authors fr om the Amur State University and the Amur Regional Museum of Local Lore published the book "Legends of Old Harbin". Its presentation took place in the hall of the museum, wh ere the exposition "Rails of Fate" is opened. The book and the exposition are dedicated to the 125th anniversary of the beginning of the construction of the Chinese Eastern Railway (1897). Through the prism of the iconic objects of Harbin culture, the authors of the book - historians, philologists, architects, museum workers - explore the life of Russians and Chinese along the "branch" of the CER - the space of the Far Eastern frontier. The book presents the most important cultural phenomena of the CER capital, which have withstood the test of time and become a legend.

The legendary Russian Harbin has become an organic part of the modern Chinese Harbin - an original city that has fused China and Russia in its history and appearance. Old Harbin is a living legend of Russian-Chinese creative cooperation and friendship.

The content of the book is based on materials from the collections of the Science Museum, the Center for the Study of Far Eastern Emigration of the Amur State University, the Amur Regional Museum of Local Lore named after V.I. G.S. Novikov-Daursky. A significant part of photographic documents and archival texts was introduced into scientific circulation for the first time. The legends of old Harbin are told by different voices of its inhabitants - Russians and Chinese, builders of the Chinese Eastern Railway, artists, writers and ordinary citizens.

The monograph was prepared with the financial support of the RFBR Foundation, the participation of young authors was carried out as part of the implementation of the scientific topic FZMU-2022-0008 by the Frontier Research Laboratory of the AmSU. The publication of the book is part of the implementation of a large project of the international scientific conference “Far Eastern Frontier. Historical forum. To the 150th anniversary of A.Ya. Gurov”, supported by a grant from the History of the Fatherland Foundation of the Russian Historical Society.